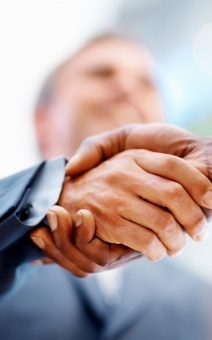 Be aware of market reality of young, modern 21. Century, producing with customer. Always takes customer satisfaction as priority and produces according to this. Logic of todays World economy, investment and new technology… This is also secret of GULER KEY & LOCK CO. success. Mehmet Güler was born in Tokat, Çamköy. He had completed cumpolsory military service in 1952, Istanbul. Then he had decided to stay in Istanbul not to return his village. He was craftsman, in this village he was specialized in cold iron and in military services he had repaired shoes. His passion about being successful and his eagerness to work kept hin in Istanbul to achieve his dreams.  He had started to look for a job in Istanbul, Beyazıt. Süleyman Canver had noticed Mr. GÜLER’s curiosity and offer a job. With this job offer, Mr. GÜLER’s success story had just began. Because of Mr. GÜLER’s successful worklife and his ethics understanding, Mr. Canver offer his a partnership. In 1970’s Mr. GÜLER had made automatic key cutting machine which was first was in Turkey and he was ‘inventor’ now. Working, idea generation and being successfull was Mr. GÜLER’s lifestyle. He was also aware that he needs to follow science and technology. For that reason, he had decided to go Italy in 1978 to see developments of locksmiths’ world. After returning this journey, Mehmet GÜLER had opened his first 60 metersquare workshop in Bayrampaşa. He made all equipment by hisself about key profiling machines and started to produce normal house keys. Start from the first day of production, quality became most important parameter for him never gave up. He adapted quality as a principle.

In a short time, Guler Key reached large number of customer and workshop was not enough to meet with demand. Because of this in 1987 2000 metersquare was opened in Bagcılar with named as “GÜLER ANAHTAR VE KİLİT SAN. KOLL. ŞTİ. Mehmet Güler ve Oğulları”. In 2000’s, Mr. GÜLER’s sons who are Kemal GÜLER and Zafer GÜLER took companies management but Mr. GÜLER always controlled them. Mr. GÜLER was a great example for people to realise that how people can be successful with work and ambition.

Then, GULER KEY has started to import according to customers expectation and also increased its production capacity to meet with customer demands. In a short time, keeping quality as a priority, its wide range of product range was prepared to satisfy Turkey and world market for that reason, GULER KEY stopped to import and began export.

Company vision is keeping leadership in Turkey market with development in key blank sector, become a worldwide brand and reach all around the world. GULER KEY continues to work with keeping investments on quality, giving confidence to its customers and awareness of importance of business ethics.